What the hell is this book about?

I’ve been working on my novel for a couple of years now, yet until recently I never tried writing out what it was about in any succinct but descriptive way. The most I’ve said about it is basically an evasive log line: It’s about a rock band that gains fame through infamy. Yeah, that doesn’t tell you a lot. I finally decided it was time to write out what the hell this book is about when someone in a Facebook group asked members to pitch their books.

The death metal rock stars of Overdose II, known for the on-stage suicides of their guest artists, are looking for a new permanent lead guitarist. Will Wesley Hartsell, the sole survivor of a band whose concert was attacked by terrorists, be willing to take their offer? What he doesn’t know is that the mother of one of the band’s “victims” is out for revenge, the wife of their music producer has begun a destructive emotional affair, and Overdose II’s next guest music artist may just be someone Wesley cares about.

Now I’m no expert at writing pitches. And I’m certainly not recommending anyone use my pitch as any kind of template. For a Facebook comment, though, it held up well enough that I was contacted by a member of the group who happened to be an acquisitions editor for a publishing company.

I’m really flattered that there’s already some interest (well, someone interested) in my book. I jumped the gun a bit and agreed to send the manuscript in May when the book is closer to done. After really looking into the publisher, I won’t be considering them. While they print quality books, I see that their marketing plan doesn’t include getting their author’s books on bookstore shelves. In other words, I’m looking for better distribution and marketing than they can offer.

In truth, I’m going to end up needing an agent. This means I’ll need a query, but I can wait until the book is completed before I begin to write one.

You’re in a elevator with either your dream agent or a decision maker with a major publisher. You’ve got their full attention, but the ride is short. In 50 words or fewer, pitch them your unpublished masterpiece. 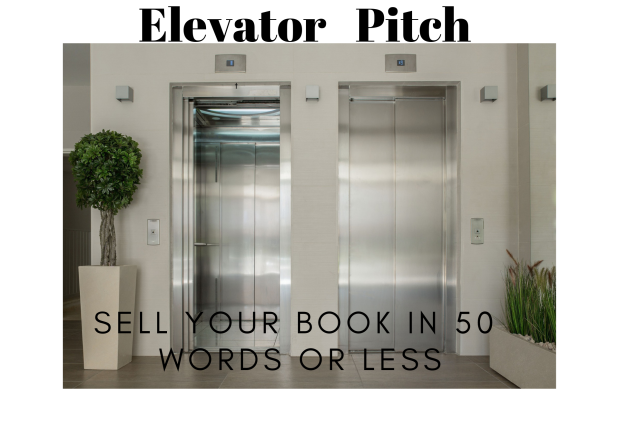 That’s the setup for the elevator pitch. You’ve got to sell it with something brief, enticing, and true. It’s the true that’s hard for me with this novel. It’s hard because there’s so much crammed in it—characters, plot lines, digressions, regurgitations, non-diegetic narrative—that any pitch I write is lacking a major piece of the book-shaped puzzle. Even my slightly lengthier pitch makes Wesley sound like the main character, when in reality the plot isn’t revolving around him in the way that pitch suggests.

“Step back and breathe, Randal.”

Good advice to myself from myself. I need to remember that if a whole plot summary can really really fit inside a pitch, it’s probably a plot belonging to a children’s picture book. A pitch is for selling the book, not revealing all the nuances. And it’s possible that it might even leave out whole plotlines that don’t fit into the short pitch very well. And when you have an elevator pitch, well, you’ve got even less to work with. So make those words count, even if something rather important is left off in the 50-word pitch.

Again, I’m no expert, but here’s my elevator pitch: The death metal rock stars of Overdose II, known for the on-stage suicides of their guest artists, are looking for a new, permanent lead guitarist. Will Wesley Hartsell be willing to take their offer? It’s a musical affair of wills where revenge and love collide.

What’s here?: One of the main plots.

What’s missing?: The other main plots.

Does what’s missing matter?: Not for an elevator pitch.

Mock me, not my book.

Feel free to send me your thoughts, suggestions, and corrections. I’d love some feedback on the pitches and my pitch-writing abilities. But be nice to the book—what little you know of it; the novel is, after all, a sort of paginated fetus right now. You can beat up on it after publication.

TL;DR I finally wrote a pitch for my novel-in-progress. I’m by no means an expert at pitches, but my pitch did capture the attention of someone in the publishing world (ultimately, I’m rejecting them). I also prepared a 50-word elevator pitch. Pitches leave out a lot of information, but that’s okay as long as they’re brief, enticing, and true.