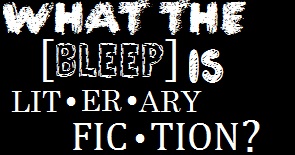 As a writer, I get this question a lot: What type of stuff do you write?

If I wrote mysteries, thrillers, fantasy, sci-fi, romance, or even regularly composed children’s books, I’d find this question not only easy to answer but could also use it to segue into a little sales pitch for my next book. This, however, is not the case. I’m not a genre writer. I write this thing called “literary fiction,” a so-called non-genre branch of literature which a lot of people have a problem with, either because it’s hard to define or because its sounds somehow pretentious. And pretty much every person without an English degree who I’ve given this answer to (and some with an English degree) has no clue what I’m talking about or has questioned the validity of the distinction. Isn’t all fiction, after all, literature? What makes one piece of literature more literary than another?

I feel the ambiguous term literary fiction needs a new name to help circumvent these problems. But before I offer up my suggestion, I’d first like to give you an idea of the problem here.
Have you ever walked into a Barnes and Noble and gone to the section 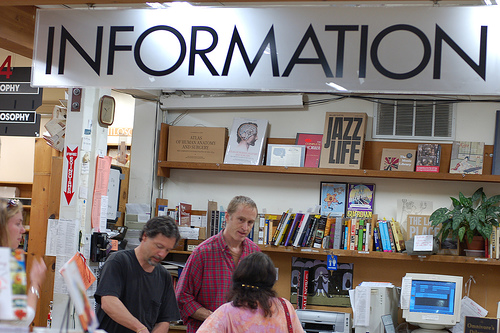 where the majority of the fiction is kept? If you have, then you’ve seen (and maybe didn’t notice) that this section is labeled as fiction and literature. Wait? What? Why does the fiction section have such a redundant title? Well, kids, that’s because B&N wants to say they’re mixing two distinct types of literature without saying “we’re mixing two distinct types of literature” because what they’re really stating is that they’ve mixed in genre fiction with literary fiction. To make things more confusing—at least at the stores I’ve visited—they’ve separated out the sci-fi and fantasy into their own sections, leaving the romance and mystery-thrillers in with the literary stuff. Why they do this I don’t know, but it shows that either even the big box chains like B&N are confused about this or their marketing guys are trying to “expand” our reading repertoire by hoping a John Grisham fan will pick up To Kill a Mockingbird not realizing it’s a literary classic and that a fan of Graham Greene will mistakenly buy a copy of Raymond Chandler’s The Big Sleep expecting it to be an existential novel of deep contemplation (note: examples intentionally ridiculous).

Okay, some of you readers at this point are probably saying: “Hold on a minute. Now just what in the [BLEEP] is literary fiction?” It does appear that I’ve defined it by what it is not, which is all the other genres of fiction. And a negative definition isn’t really a great definition. Nor is it helpful considering that Austin’s fabulous novel Pride and Prejudice is also a straight up romance, and Thomas Pynchon writes historical novels full of sci-fi and fantasy elements. Not only that, the canon of literary fiction includes the sparse short stories of Raymond Carver, the realism of Henry James, the novels in verse of Anne Carson, the experimental texts of Donald Barthelme, the masterful modernism of Virginia Woolf, and the comedic works of Shalom Auslande.

This is why I want to redefine literary fiction, to give it a coherence that allows for such diversity.

I was watching a fantastic lecture by Thomas Pavel on the history of the novel, and toward the end of the lecture he explained that once upon a time there was no such thing as “a separation between a high literature. . .for the connoisseur only, and a more popular literature, a literature which is for the great numbers.” And it was writers like Charles Dickens who were the last to really be writing for both audiences. It is from the quoted part of Pavel’s lecture where I found my proposed term (drumroll please): connoisseur fiction.

I like this term because it allows for a wide variety of fiction and yet doesn’t open the door to any and all fiction. Pavel postulates that this fiction—connoisseur fiction—came about because of high literacy rates; more readers meant more writing and allowed for certain people to develop discriminating tastes in what they read. This is similar to how connoisseurs of food (or foodies) came about. When food becomes abundant, it allows certain consumers of food to develop discriminating tastes about what they eat. Readers of connoisseur fiction look for a certain depth and complexity that genre fiction lacks. It’s not that they won’t/can’t enjoy genre fiction, it’s just that they have a literary palate which can appreciate this complexity, and it’s understandable if a reader prefers it to other literary genres. (And when it comes to writers, I always suggest reading outside of the genre you write in; it’s simply a good practice to read outside your writing zone—at least once in a while).

Understandably, the word connoisseur brings with it a potential for accusations of elitism. But what’s wrong with the enjoyment of fine

dining? In fact, I’d argue it’s good to develop this skill—and isn’t this exactly why so many of us aspiring writers study English at colleges and universities across the world (which, unless you’re just taking grammar and composition classes, is really synonymous with a Literary Studies degree)? We study English literature to develop a deeper appreciation for text and theory about text. We learn to read deeper. We learn to appreciate more than the surface elements of plot and character. What we become are connoisseurs of fiction. What we mostly study is fiction made for us: connoisseur fiction. It’s deep, rich, and entertaining. Yes, we all won’t like exactly the same books, but I argue we can all at least agree that this varied and luscious branch of literature should have a term that’s a bit easier to explain and define than literary fiction.

If you don’t like the term, that’s great. I’d love to see some comments proposing other possibilities or even a defense of good old literary fiction as the umbrella term we should stick with. And, no, I don’t believe that this blog post will change the world. Still, I think it’s a worthy discussion to have for both readers and writers of literary connoisseur fiction.