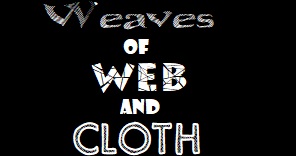 Another day, another dialogue. Well another week, another dialogue. This one is a little back and forth between two unnamed characters. It’s a more philosophic bit than some of the plottier pieces I’ve been doing. I’m not sure where I’ll send this little gem, but I’m sure it’ll find a home.

I do have news, but I’m thinking of putting that 411 into essay format. So I’ll leave you two things.

1. My dialogue Everything in Its Right Place is forthcoming in the Iowa’s Emerging Writers anthology. You can order it or buy a book of your own state’s emerging writers by clicking this link.

2. My story Conclave at the Tea Table, has been accepted for upcoming publication in Story Shares. What I find interesting about this one is that it’s a venue for Young Adult (and also younger) writing. I don’t think I really write for young adults, but the story has fantasy elements in it and a young protagonist, so it’s gotta be for kids, right? At least this is why I think most of the places I first sent it to rejected it, and the first YA publisher I sent it to accepted it.

It is one of the first fully flushed out short stories I ever wrote. So maybe Conclave simply has the marks of an immature writer. IDK, but I’m happy it’s found a home at long last.

UPDATE 10/27/18: I’m calling this one out as a false acceptance. It was accepted and also had a chance at winning a contest. Here’s the notice verbatim

“Conclave at the Tea Table – Status: Changed From Pending to Accepted. Your story will have the opportunity to be published in the Story Shares library and may be a contest finalist! Finalists will be announced on September 10th.”

I didn’t win the contest, but I’ve been awaiting further information and still haven’t heard anything about this “opportunity to be published.” So is it being published? It’s accepted, so does that mean it will or maybe will be considered?

I tried contacting people at Story Shares without success. I’m guess that they aren’t going to publish my story. Looking over their website, I figured out a little too late that just about anyone can write a story for them. So, yeah, I’ve pulled Conclave at the Tea Table from the forthcoming list and started marketing it again today. I’m just glad their confusing “acceptance” didn’t make me pull it from any pending potential publishers.

11-foot by 4-foot textile made from golden orb spider’s silk.